The Governor and LICH, by Kimberly Gail Price

Early in the year, the Comptroller’s office released their annual audit of  State University of New York (SUNY), revealing that the state’s largest medical institution was in dire financial straits.  For several weeks, SUNY in turn has been faulting Long Island College Hospital (LICH) and immediately took steps to shut down the 150 year old hospital. 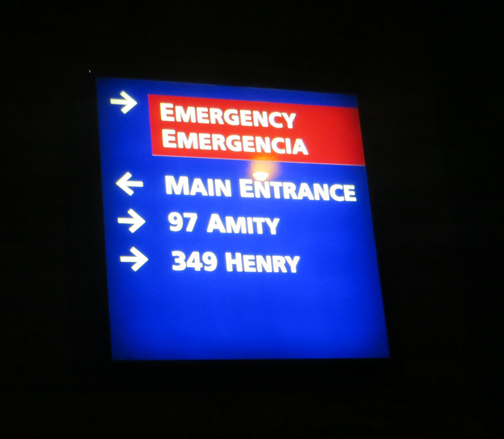 Local media quickly picked up on the story, faulting LICH’s overwhelming financial troubles since splitting  with Continuum Health Partners in 2008. In recent weeks, however, the true nature of SUNY’s own debt has been revealed, suggesting that LICH may in fact be their scapegoat.

In addition, SUNY’s partnerships and past decisions are littered with the same suspicious behavior as their most recent curveballs.

The Comptroller’s audit, released in mid-January showed that, even before acquiring LICH in 2011, SUNY was operating at a loss every year from 2007-2010. In 2010, operating losses totaled $49.3 million.

The audit reports that SUNY is currently “facing potential insolvency within a matter of months,” and will be forced to make choices about which financial obligations it will honor.” In addition, the report states “while the hospital has hired a consultant to help identify solutions, a full complement of recommendations has not been formulated.”

SUNY’s financial statements show a loss of more than $275 million in 2011. “In fact, the financial condition of the hospital has been deteriorating appreciably in recent years,” the audit reveals.

Within 90 days of the release of the audit, (January 17, 2013), SUNY is required to submit steps taken to “implement the recommendations contained herein” to the governor, comptroller and legislature.

Restructuring plan due by June

The New York State budget went into effect on Monday, March 25. The revised budget excluding additional funds for SUNY, despite the financial crisis that could shut down the medical institution. The budget agreement requires SUNY to submit a restructuring plan by June of this year.

Prior to the Comptroller’s audit, SUNY had already initiated an appraisal of LICH’s assets, originally valued at up to $500 million. The hospital is on prime real estate with waterfront views and is currently estimated at $1 billion if the property were completely liquidated.

Despite all of their financial woes SUNY is already revealing plans to open a brand new hospital elsewhere in Brooklyn. Phase 3 of SUNY’s Power Point presentation entitled A Future for Downstate Medical Center states, “Explore the potential of the consortium to develop a new hospital for central/northern Brooklyn.” The initial ground work, of course, involves closing LICH.

Meanwhile, the state was considering a bill to allow for-profit a corporation to operate hospitals specifically in Brooklyn. The plan would have allowed “no more than two business corporations formed under the business corporations law, one of which shall be the operator of a hospital or hospital in Kings County and one shall be elsewhere in the state.  The corporations would be permitted to partner with at least one academic medical institution” – like SUNY, for example.

Since SUNY has continually proven to be irresponsible with their finances, it seems only logical that the state does not continue to hand them millions in grants.  By not supporting them, Governor Cuomo is making a very strong statement to their management.  He is holding SUNY responsible for their dollar woes. But he is also jeopardizing LICH’s existence because they are still under SUNY’s care. “It makes sense, before you plunk more down money, you come up with a plan that works,” Cuomo said.

Sachs was an advisor to Governor Cuomo in 2011 during the merger between LICH and SUNY. State grants to sustain LICH were frozen, delaying the merger, endangering the hospital’s survival. The freeze was quickly lifted when local politicians put pressure on Cuomo to reverse the decision.

Some speculate that Sachs may have been behind the withholding of promised funds to the medical institutions. The delay of the grants had one obvious beneficiary; Brooklyn Hospital, one of Sachs’ clients would absorb the majority of LICH’s patients – if LICH were to close.  Sachs was explicit in his arguments against the grants. He felt they were a mistake, and the state should find a more effective method to financing hospitals in Queens and Brooklyn.

When Cuomo was elected, Sachs was immediately appointed as one of the 27 members of the Medicaid task force to confront what a February 22, 2011 NY Times article calls “crucial decisions, including how to overhaul New York’s $53 billion Medicaid program.” In this same article, NYT also notes, “The influence Mr. Sachs has been wielding since Mr. Cuomo’s election on Nov. 2 has startled some in the state’s tight-knit health care world.”

In February 2011, NYT reported that “Mr. Sachs advised Mr. Cuomo on administration appointments and health care policies during a period when state officials made decisions that were favorable to Mr. Sachs’ clients.” Former executive director of the state lobbying commission, David Grandeau – also quoted in the article – said, “The bigger question is the optics of what it looks like to have the governor’s good friend consulting for an industry that he is charged by the governor to help reform, or change.”

Although Sachs is no longer a part of the Medicaid task force, he still may have a reasonable amount of influence with Cuomo.  Sachs served as an usher in Cuomo’s wedding in 1990. He is the godfather to the governor’s daughter. He is known as “Andrew’s best friend” in Albany. And he was a major supporter during Cuomo’s campaign.

Joseph Belluck, partner at Belluck and Fox personal injury law firm , replaced Jeffery Sachs on the governor’s Medicaid Redesign Team in 2012. He is also a trustee on the board of SUNY

In the 2013 state budget, Governor Cuomo proposed a pilot program to “assist in the restructuring of health care delivery systems” by allowing for increased capital investment in facilities to be accomplished through the establishment of two business corporations – one in Brooklyn and the other in a different part of the state. Testimony and other legislative action by nurses led to the for-profit plan being pulled off the table.

One community activist, “Skipp” Roseboro wrote, “Governor Cuomo, you’re closing our hospitals because you say the cost is not sustainable; have you calculated how much more economic cost and human loss might be associated with each closing?…While how much soda I ingest may harm or kill me in decades, having to pass one or two closed hospitals during a heart attack may kill me tonight. While your limiting my smoking may extend my life for years, the lack of a near-by hospital may cost me my life this afternoon. While extra City trees and Green Roofs are pretty and of some value, a pregnant mother in distress and her unborn child may never survive to see them if she is forced to travel 20 to 50 extra blocks in search of emergency care. A legacy built on soda, cigarettes and trees won’t overshadow the harm and deaths caused by allowing this continued destruction of our hospital system.”

Repeating his history of appointing his affluent friends to positions of power, Cuomo has a brand new line up this year.

Cuomo is urging Henry Silverman, a multimillionaire investor, for a position on the Javis Center/New York Convention Center Operating Corporation. Since 2006, Silverman has donated $130,900 to Cuomo.

Laura Aswad has been chosen to serve another term on the State Council of Arts.  she has donated $93, 816 to Cuomo since 2009.

More than 20 others are also nominated by Cuomo and are awaiting state Senate approval.

On March 26, 2013 the NY Times  reported that for-profit investments in two state hospitals have been removed from the state budget. A spokesman for Governor Cuomo, Robert Azzopardi said, “We continue to have an interest in exploring this and any other option that will promote access to capital for the improvement of health care facilities.”

In mid March, Senator Charles Schumer, along with other House and Senate members, reintroduced  the Resident Physician Shortage Reduction Act of 2013 in both chambers of Congress.  According to the Association of American Medical Colleges, the country is expecting a shortage of more than 91,000 primary care physicians, surgeons and medical specialists by the year 2020. One in seven doctors in the country is trained in New York.  SUNY is the largest medical training facility in the state; LICH has operated as a training facility for resident doctors. “Congress should pass this important piece of legislation so that our teaching hospitals can accommodate more residency positions,” Schumer said.

In late March, Governor Cuomo did not approve any additional funding for SUNY.  With their crippling debt and without state support, SUNY is left on the brink of disaster.

If SUNY loses their state funding and LICH remains with them, SUNY could take LICH down too.  If LICH can find another operator who is really willing to take on the challenges LICH faces and can get things turned around, then the hospital could survive.  The question remains: will LICH be able to do that before the governor decides to go ahead with the for-profits in the coming years?  It’s a business deal and Cuomo’s a business man.

Governor Cuomo has shown tendencies to favor those who heavily donate to his causes.  With  a potential for-profit health care facility intended in Brooklyn, and LICH on the brink of bankruptcy, the situation is perfect for an institution like SUNY to jump into the mix.  Almost every one of their trustees is, after all, appointed by the governor.

Since the State Senate has taken the for-profit institutions off of the table, the problem of whether or not Cuomo will instruct DOH to close down LICH or keep it viable for the south Brooklyn community lingers. Maybe he sits on it until the perfect scenario is fully ripe.  Or maybe he turns the property over for real estate development. If he is vying for future presidency – or even keeping his seat as governor – will he risk going against the unions? He might let SUNY starve and take LICH down with them if LICH cannot find another operating firm before funds are approved for the institution.

The Department of Health (DOH) has not announced a timeline yet for when they will be making a decision regarding the closing of LICH. To date, they have remained mysteriously quiet about their intentions.  As an arm of the governor, perhaps they are awaiting his recommendation. Department of Health Commissioner, Dr. Nirav Shah was also appointed by Cuomo.

The decision surrounding LICH’s survival become more complicated as more facts reveal themselves.  “Is there enough money and legal willingness (which equals money) around to pursue this to its correct conclusion?” asks Toomas M. Sorra, MD and president for Concerned Physicians of LICH.

“We are at a point right now where there are not enough hospitals left in New York City to deal with a mass civilian trauma event, natural disaster or epidemic,” NY Pop Culture & Politics blogged on February 12, 2013.

Even so, LICH may end up being sold out despite the resounding evidence that south Brooklyn needs these services.  It may all come down to what Cuomo’s powerful appointees – especially Sachs – are whispering in his ear.

Update: On April 1, 2013, Judge Johnny Lee Baynes issued another restraining order, this time against DOH in addition to SUNY to prevent either group form taking action towards the closure of LICH. The next hearing is scheduled for May 2, 2013.

This entry was posted in LICH. Bookmark the permalink.

9 Responses to The Governor and LICH, by Kimberly Gail Price

This Town: Portraits of Red Hook

An art exhibit to benefit the LaCourt family

The New York Observer’s political blog, your source for insider news on the politics, policies and personalities that shape the city, the state, the region and beyond.

Whisper As You Wander